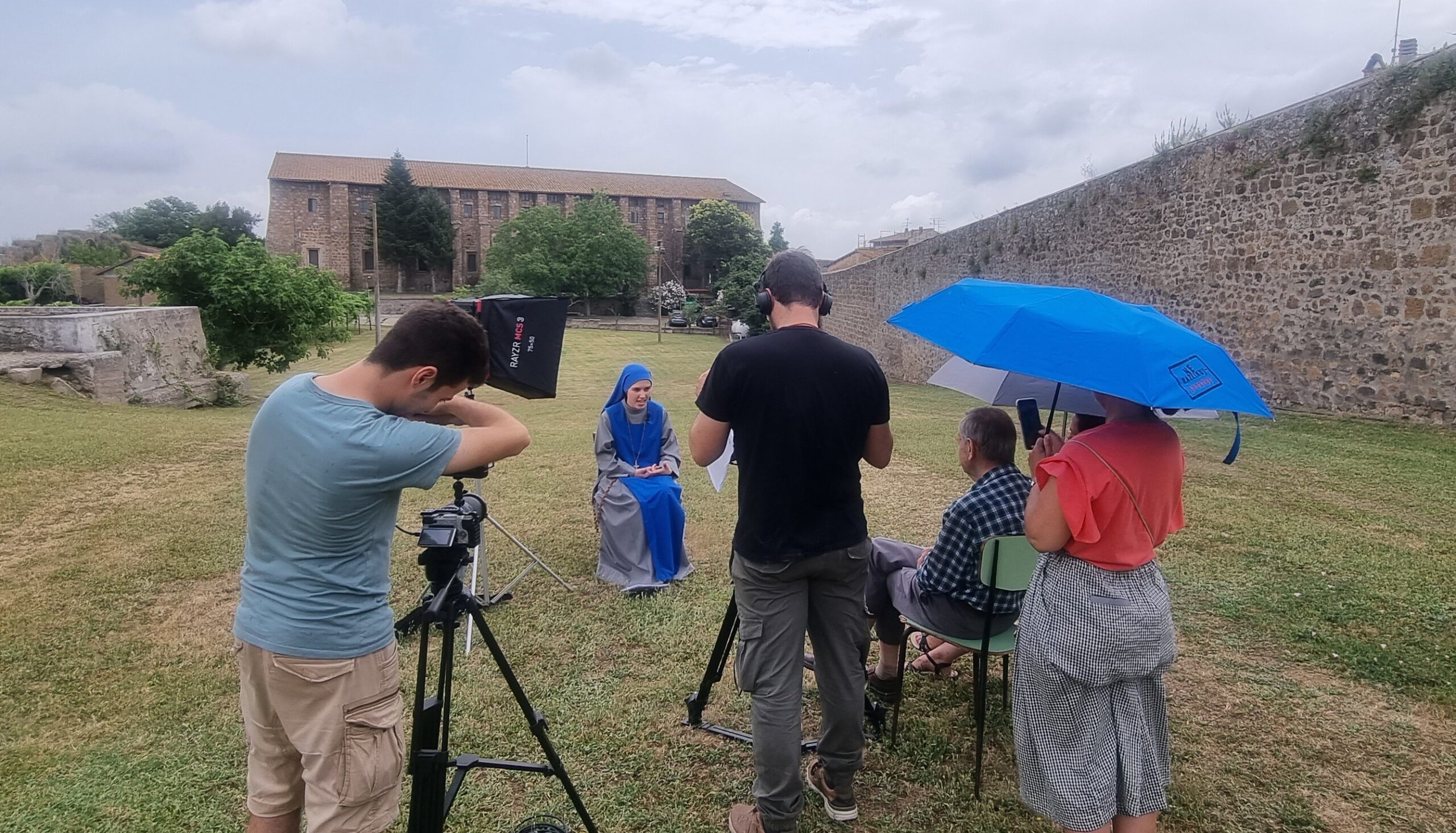 Posted at 11:41h in News by Daniel Fernández
Share

Goya Producciones has completed filming in Italian locations for its new documentary film about Saint Joseph: “Father’s Heart”. The shooting has taken place in Rome and in Tuscania, a historic city north of the Italian capital.

The documentary film, directed by Andrés Garrigó, is conceived as a research trip. The tour passes through little-known places, such as Cotignac in France, or Tuscania in Italy, where apparitions of Saint Joseph were recorded in the past, and where now the camera has recorded shocking testimonies from people who acknowledge having received favors from the Patriarch.

“This filming in Italy, after those in France and Spain, marks the half way in the production of this feature film”, comments the director. “Now we have some shootings left in the American continent, editing and post-production ”.

In Spain, the cameras of Goya Producciones discovered the first painting of the young Saint Joseph, supposedly commissioned by Saint Teresa to El Greco, when they were both in Toledo. In Barcelona they recorded surprising stories that put Saint Joseph at the origin of the Sagrada Familia temple. From there they went up to the Sanctuary of San José de la Montaña, founded by Blessed Petra. Saint Joseph appeared to her in person and spoke to her, according to her current successor, Mother Paloma.

“It has not been as difficult as we thought”, says the director, “to find people who would tell us about their conversion, their vocation, their healing or other material favors that they attribute to the intercession of the nurturing father of Jesus.”

From the devotion to the holy Patriarch, curious initiatives arise such as that of the “Jóvenes de San José” (Youth of Saint Joseph), who travel around Barcelona at night helping and comforting abandoned homeless people who sleep in the streets.

The film, whose provisional title is “Father´s Heart”, highlights the “escalation of honors” that all the Popes have bestowed on Saint Joseph, from Pius IX, who appoints him Patron of the Church, to Francis, who has declared 2021 the Year Jubilee of Saint Joseph. The current Pontiff recognizes that he places small pieces of paper at the feet of the statue of him sleeping with the intentions that he entrusts to him.

The documentary will also reveal hidden facets of María’s husband, among which the incessant intervention of him in recent times stands out, attending to the pleas of thousands of people in the most unsuspected places in the world.

The premiere of the film is scheduled for March 2022 and in September the production company will launch a fundraising campaign (crowdfunding) to complete the editing and post-production phases before the end of the year.