Posted at 12:00h in News by Daniel Fernández
Share

To request a screening in your city and/or collaborate in the promotion of the film, you can go to www.petradesanjose.com website and fill in the form. 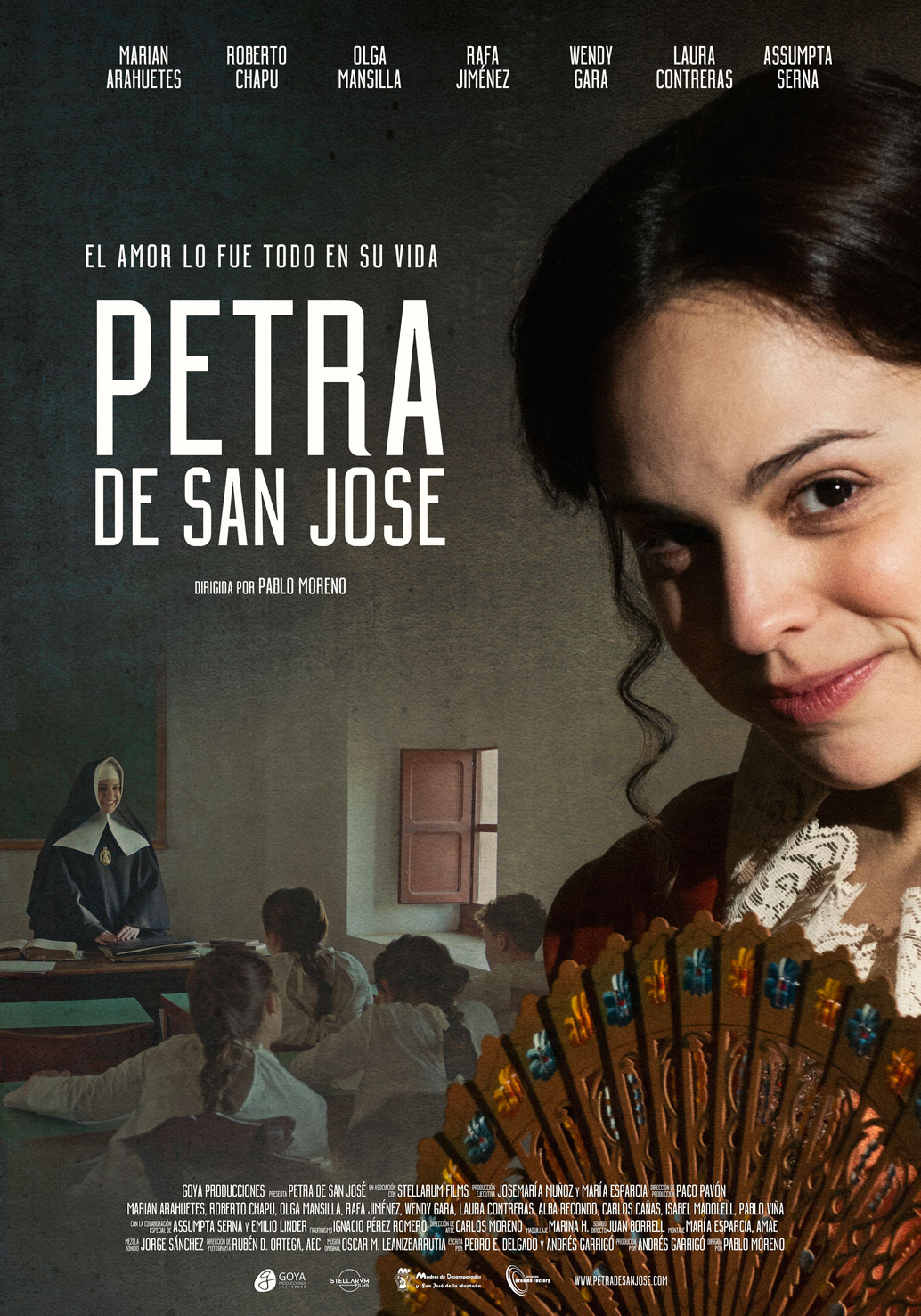 Next February 4th, “Petra of Saint Joseph” will be released in Spanish cinemas, a new film directed by Pablo Moreno, and produced by Goya Producciones in association with Stellarum Films.

The film, distributed by European Dreams Factory, starred by Marian Arahuetes tells the story of Ana, a brave young woman about to get engaged in marriage who leaves everything to start a life of prayer, penance and charity, and later founds the Congregation of Mothers of the Forsaken and San José de la Montaña.

It also stands out in the cast Assumpta Serna, Isabel Madolell, Wendy Gara, Alex Larumbe, Pablo Viña and Carlos Cañas, among other Spanish actors. The film, written by Andrés Garrigó and Pedro Delgado, was shot in the Spanish cities of Ciudad Rodrigo and Salamanca, with brief locations in Barcelona and Valle de Abdalajís in Malaga.

For Pablo Moreno “the question that I asked myself as a director from the beginning of the project was how Ana, a young woman from a remote town in the South of Spain, was able to achieve so much in her life. And the answer lies in a merciful and empathic heart with those who have the least in this world, with the helpless, in a constant attempt to restore dignity to those who have lost it.

Intertwined with the story of the mysterious theft of Petra’s remains during the Spanish Civil War, the film narrates the experiences of this young woman along with those of other women determined to follow in her footsteps. They knew how to see Christ in the poor, despite the rejection and slander of those closest to them.

Saint John Paul II, when beatifying Petra in 1994, called her “a woman with a heart of fire”. She is also known as “the apostle of Saint Joseph of the 19th century”.

The trailer and the movie poster are now available on the film’s website: www.petradesanjose.com