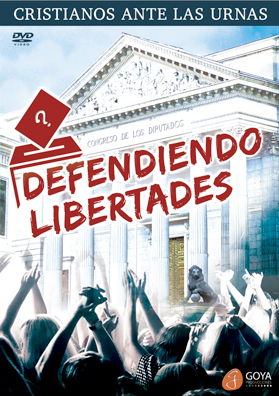 Christians at the polls

Given the concern of many Spanish Catholics for the general elections of December 20, Goya Productions, launches a documentary that reveals the new challenges and dangers that entails the new political landscape.

In the documentary, which lasts 50 minutes, 16 well known experts analyze the proposals and arguments of the main parties at stake in such crucial fields as family, education, life, and the freedom of Catholics.

Among the experts are national journalists, professors, writers, presidents of associations related to education, life and family, former politicians, a psychiatrist, and as the only non-lay person, the secretary general of the Spanish Episcopal Conference.