Posted at 16:37h in News by Daniel Fernández
Share

FIND YOUR CINEMA AT: cinemex.com 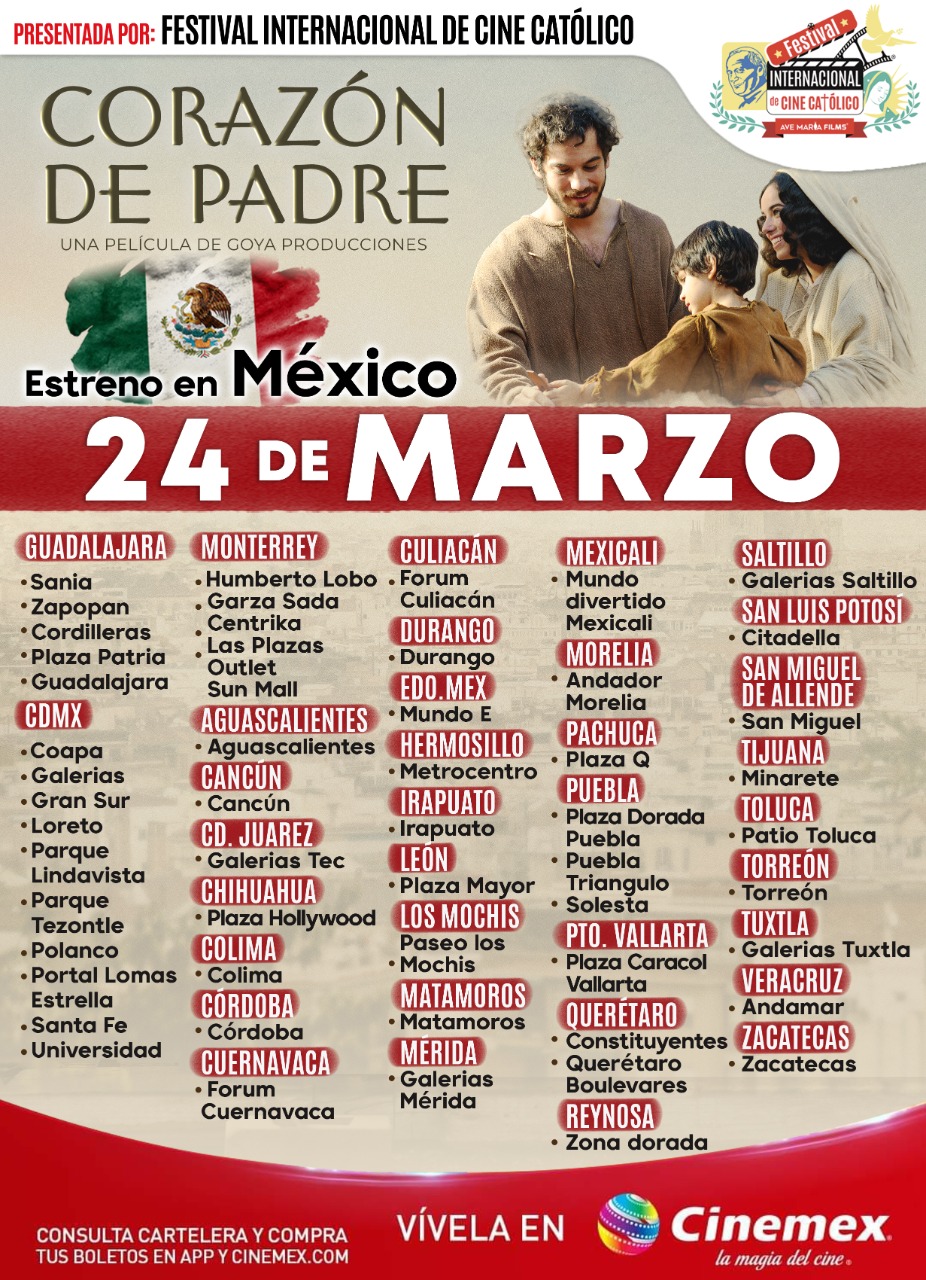 “A FATHER’S HEART” rediscovers the personality of Joseph of Nazareth, not as a figure from Bethlehem or a silent historical character, but as that of a very special father with the power to help millions of people today.

The feature film, directed by Andrés Garrigó, was shot in various countries around the world (Italy, the United States, Canada, Peru, France, the Philippines, among others). In each of them, the witnesses of authentic miracles tell us their stories and the favors granted by Saint Joseph, which range from radical conversions and impossible cures, to the repair of broken marriages.

“This man who worked in a workshop 2,000 years ago now has multiple jobs. He acts as a protector of parents and families, as a patron of the Church, as an intercessor for workers, and as a helper for the dying. In the film we highlight one of his lesser-known titles: “the terror of demons”, comments the director.

In Spain, the documentary reveals the special presence of Saint Joseph in Toledo, Avila and Barcelona, a city where scenes have been shot in the Sagrada Familia temple, in the San José de la Montaña Sanctuary and in the streets of the big city where, at night, the Youth of Saint Joseph (Jóvenes de San José) serve the homeless.

For Garrigó, this production “completes what we could call Goya’s trilogy: ‘An Ardent Heart’, ‘Fátima, the Ultimate Mystery’, and ‘A Father’s Heart’, which respectively represent Jesus, Mary and Joseph, the Trinity on earth.”

Among the testimonies, that of “Fr. Donald Calloway (United States), who went from a turbulent youth with prison sentences, to convert, and become a priest and world propagator of love for the Patriarch”, Garrigó points out.

“A Father´s Heart” poster and trailer are now available on the official website: www.corazondepadre.es

Joseph of Nazareth, the giant of silence, is now more active than ever, attracting thousands of people every day and acting in their lives in an extraordinary way. Who is really this man who lived 2000 years ago? Is it perhaps a simple ‘Christmas figurine’? It was written about him that he was a humble, prudent, fair man, a good husband and above all: FATHER

To request a screening in your city and/or collaborate in the promotion of the film, you can visit the websit www.corazondepadre.es and fill out the form.

You can download the trailer, the poster and stills of the film here: LINK DRIVE