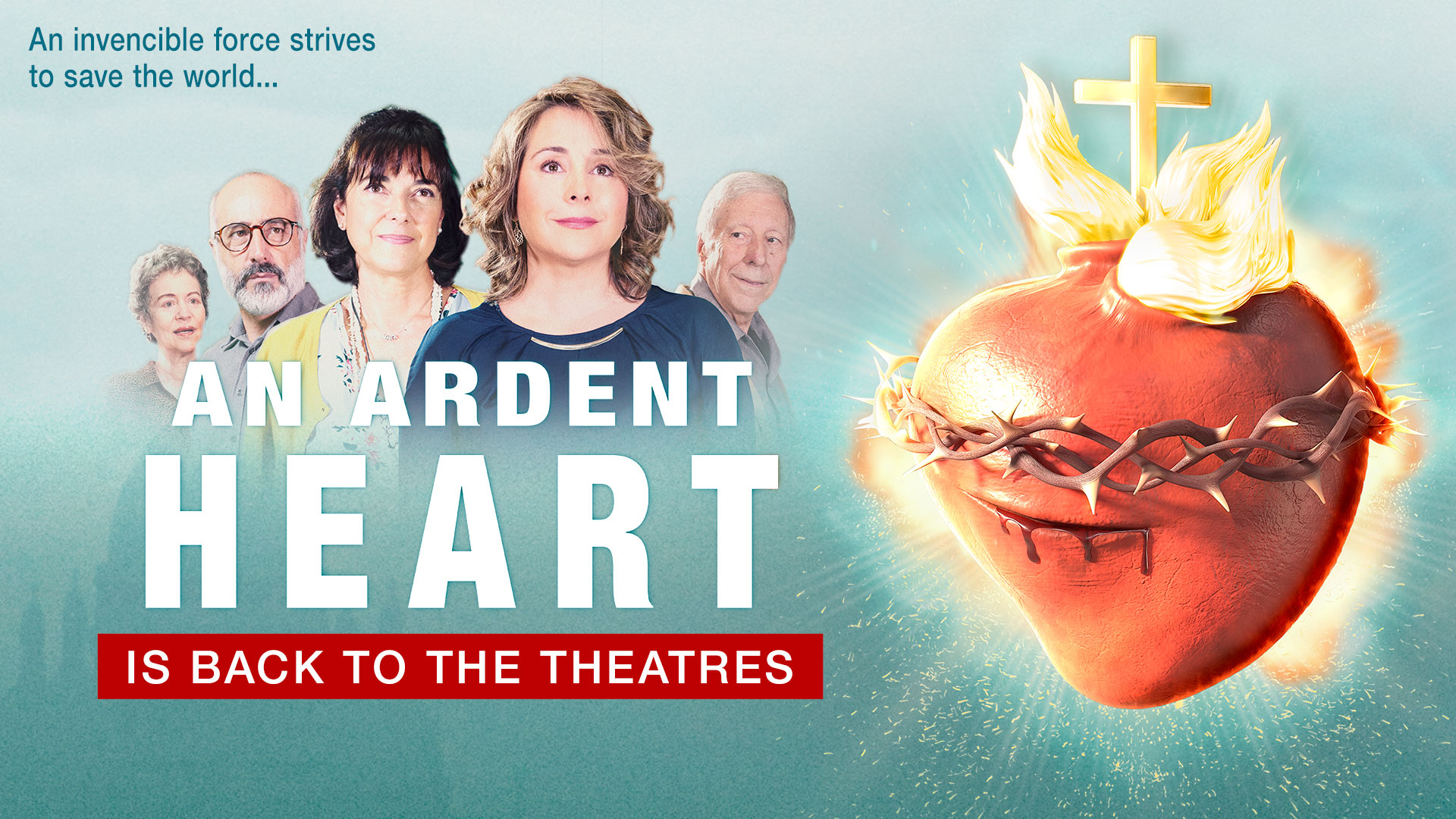 18 Jun An Ardent Heart is back to theatres

– On June 26th, projections in Spain are resumed.
– In Poland, it scored 2nd in the box office ranking, just behind Onward.
– In Mexico, it will be released on September 18th.

After a series of initial great successes in Spain, Poland and Colombia, interrupted by the pandemic, “An Ardent Heart”, the film that moves with the feelings of the Sacred Heart of Jesus, is back to theaters in Europe and America.

We are happy to announce, precisely on the eve of the Feast of the Sacred Heart of Jesus, that the film is back to theaters. People are eager than ever to watch it because of what they have already read and heard. In Spain the projections will be resumed on June 26th in some communities and will extend to the rest of the country throughout July. In Mexico, the premiere will be on September 18th throughout the country. reports the director of Goya Producciones and the film, Andrés Garrigó.

France, Belgium, Switzerland, Canada, francophone countries in Africa and Lebanon, “Coeur Brûlant” will have their premiere the day of the Sacred Heart of Jesus fest, on June 19th, on the E-Cinema system. The trailer in French is now available here.

In Poland, “An Ardent Heart”, had to be interrupted shortly after its premiere, but is experiencing a great success again in theaters achieving the second place at the box office, after Disney’s “Onward” last weekend.

The great Spanish-American market will be opened to “An Ardent Heart” in September, in Mexico, with a grand opening in the 140 Cinemex theaters. There it has aroused an enormous expectation due to the protagonist of the fiction is the popular Mexican actress Karyme Lozano. In the rest of American countries it will be released as the cinemas reopen.

The world premiere of this latest feature film made by Goya Producciones took place in Spain on February 21st and was the best Spanish premiere of that time. It had being in theaters for three weeks, and the number of theaters was increasing, when the closing of theaters happened.

In America, Colombia was the only country in which it could debut. It appeared in the TOP10 during its first weekend, but the next day the cinemas closed due to the outbreak of the coronavirus.

“Many people ask us about when it will be possible to watch the movie in their cities. The best, says Garrigó, is to consult An Ardent Heart website and make a request so that the cinemas see that the public is interested.” Requests can be made at the following link: Request a screening.