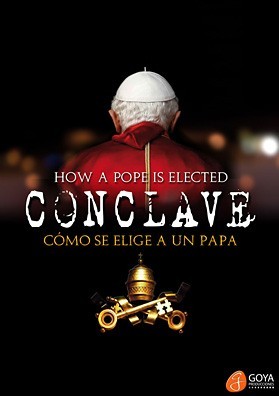 How is elected a Pope?

The death of John Paul II illustrated just how important the selection of a new pope is for so many people around the world. This documentary goes beyond the inevitable speculations about WHO might be the next Pontiff and instead transports us back to the times of St. Peter and depicts how the Catholic Church has chosen its leaders over the past 20 centuries. It combines interviews with cardinals, historians, ambassadors and journalists with some truly remarkable images from Church archives and selected scenes from the film “Pope John XXIII” (the rights to which we have acquired expressly for this project)

Including Benedict XVI, there have been 265 popes who have manned the helm of the Catholic Church since the death of Jesus Christ. How were they named? This intriguing aspect of the evolution of St. Peter’s legacy over the centuries tells a passionate tale of papal ascendancies, imbued with the essence of historically dramatic episodes: crises, schisms and the numerous battles fought to stem the challenges posed by so many formidable powers. We will also explain how a conclave is prepared, including all the meticulous rites and secrets of these enigmatic processes.