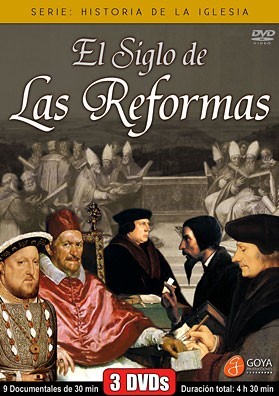 The Century of Reform

The Church in the 16th and 17th centuries

This exciting historical series of nine half-hour documentaries covers the decisive years from the crisis of the end of the Middle Ages to the end of the religious wars of the 17th century.

Attempts to reform the church “from within” were successful in Spain under Ferdinand and Isabella, but failed in other countries. Reform “from without” triumphed in Germany with Luther and spread. England broke with Rome. Europe was divided. The religious wars would not end until the peace of Westphalia in 1648. But the Catholic Church was renewed in the Council of Trent and began far-reaching reforms.