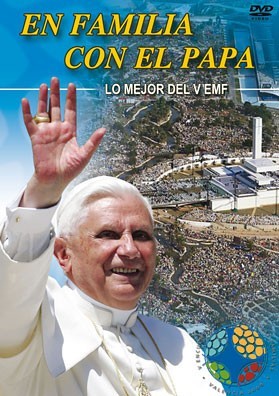 Among Family with the Pope

The Pope defends the family from the lay offensive

One of the greatest mass successes of the pontificate of Benedict XVI was the World Meeting of the Families in 2006 in Valencia. With extraordinary force, the Pope, before one and a half million people, defended the institution of the family from the attacks of some radical media and institutions.

The meeting was a celebration of human love, fidelity, generosity and the extended family, where grandparents are both memory and examples of faith.

Famous singers such as Montserrat Caballé entertained the Meeting. As well as artistic activities there were children’s parties and a Theological-Pastoral conference on the family.