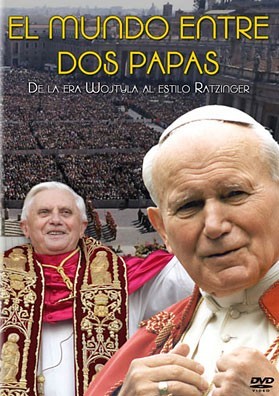 The world between two Popes

From the age of Wojtyla to the style of Ratzinger

After the incredible pontificate of “John Paul II the Great”, the world discovered the true image of the new German Pope. What lies behind the apparent shyness of Benedict XVI? Is there any truth in the web of lies which some people spread against Cardinal Ratzinger?

This film shows exciting images of the end of the age of Wojtyla, his funerals, the election of his successor and the new style of the current Pontiff. The reality shows us the humility of a great intellectual and refutes all the accusations of authoritarianism which have tried to besmirch his image.