Posted at 12:08h in News by Daniel Fernández
Share

Madrid, April 15.- Coinciding with the 94th birthday of Benedict XVI on April 16th, Goya Producciones releases the documentary “Benedict XVI, the Pope Emeritus”, that discovers unknown facets of the hazardous life of Pope Ratzinger, including his unsuspected resignation in 2013, which changed the course of the history of the Catholic Church.

Joseph Ratzinger is the last pope to have experienced the horrors of World War II and Nazism. He was recruited at the age of 16, while trying to defend his priestly vocation. Later, as a professor of theology, he teaches at the some of the top German universities. His name sounds among the key experts at the Second Vatican Council. Once concluded, he will have to make a hard decision: either the “innovation within continuity”, or the breach with the tradition of the church. Ratzinger chooses fidelity to the Council’s teachings. That shall be his guide, as Archbishop, Cardinal and Pope, in the midst of countless contradictions from inside and outside the Church.

The documentary “Benedict XVI. The Pope Emeritus” written and directed by Andrés Garrigó, focuses on the time of his service to John Paul II as Cardinal Prefect of the Doctrine of the Faith, and later as Pope. As head of the Church he had to face crises such as that of Liberation Theology in its Marxist version akin to the guerrillas, and that of pedophilia cases that were beginning to emerge then. Elected pope in 2005, he faces two mighty tasks: defending the Catholic doctrine against the “dictatorship of relativism” and, facing the inside opposition to reform the Church, starting with the intricate structure of Vatican finances.

Years of service to the Church and crushing tasks the weight of which he thinks he can’t bear. Was he right to resign? The film does not judge, but it does reveal that there was someone close to him who tried to dissuade him. His secretary Mons. Georg Gänswein admits it in the documentary. To this, the pope replied that he had prayed it and there would be no going back … as it has been.

All these concerns did not prevent him from continuing to write books on theology, which are part of his great legacy today.

Among the experts featured in the documentary are cardinals such as Müller, Herranz, or Rouco, historians such as the French Ardura, Vaticanists such as the Italians Valli, from RAI, or Tornielli, currently in the Vatican Communication Department, and Andrea Monda today director of l’Osservatore Romano. It also includes close perspectives from friends of Benedict XVI, such as the Canadian theologian Tremblay, and the German sociologist Gabriele Kuby.

“Benedict XVI. The Pope Emeritus” is available worldwide, in Spanish and English, for online rental starting on Friday, April 16th on the www.estrenosdecinedigital.com website and in June on DVD in the digital shop www.encristiano.com. 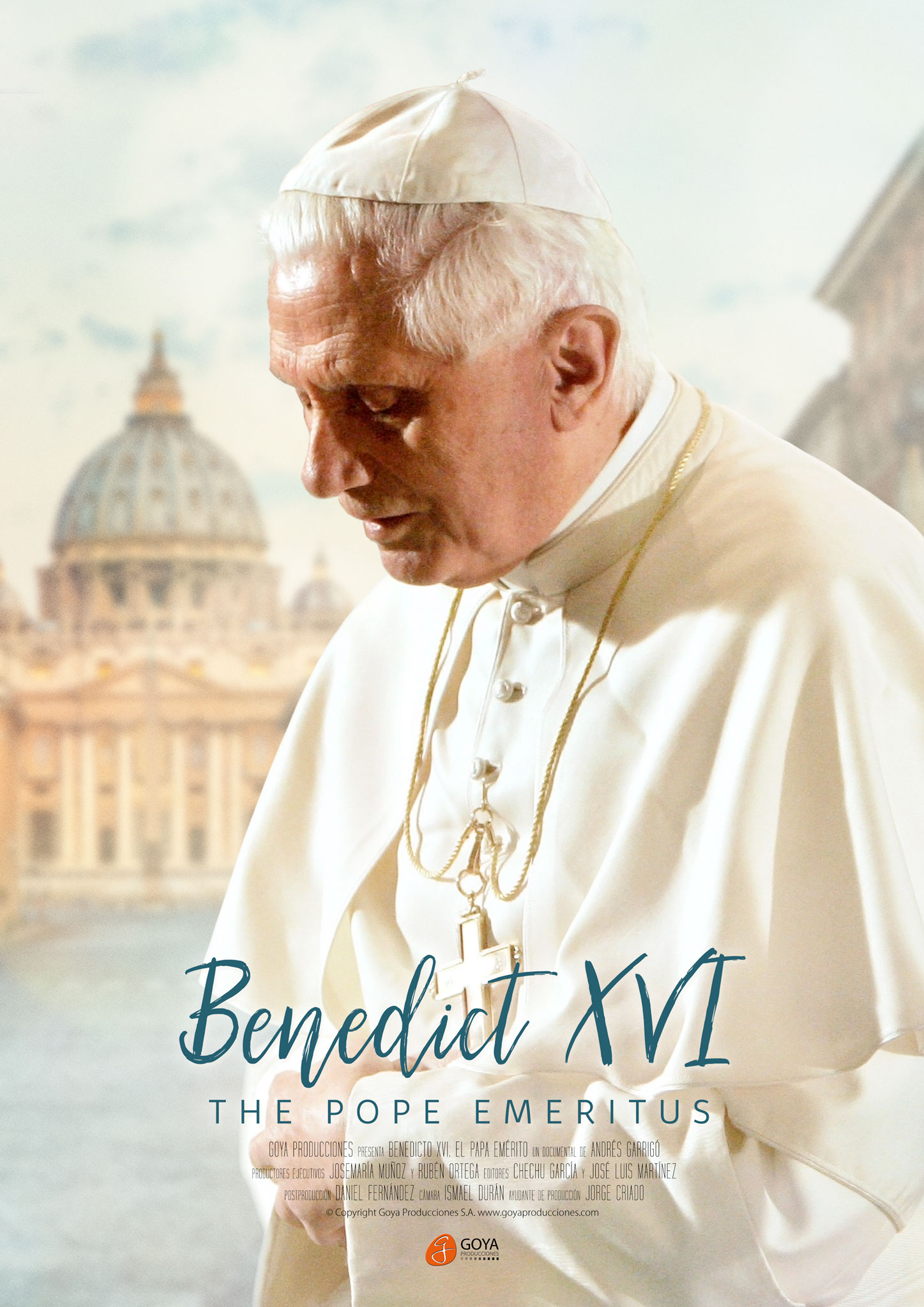 Joseph Ratzinger was born in Bavaria on April 16, 1927. At the age of 16 he plans to become a priest but is recruited as a soldier in World War II. Eager to study, he will shine as professor of theology. During the Second Vatican Council he achieves fame as a top expert. John Paul II appointed him Archbishop of Munich, and later Cardinal and collaborator of his in the Curia.

In 2005 he was elected Pope at the age of 78 and faced serious issues in the Church that he firmly tackled but that, eight years later, he recognized himself incapable of managing. That motivates his historic resignation in 2013 that will lead to the election of Jorge Mario Bergoglio as Pope.